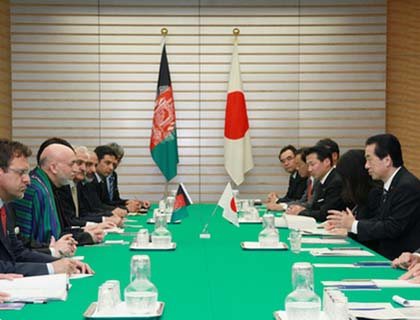 At the International Donors Conference in Tokyo billions are pledged to Afghanistan, again.

On July 8, 2012, at the International Donors Conference in Tokyo, more than 70 countries and international organizations pledged to commit some $16 billion in civilian aid to Afghanistan from 2012-2015. Such aid, which will be aimed primarily at fostering economic growth, is the international community’s latest token of support for Afghanistan.

At the Chicago Summit this past May, NATO members met to discuss the Alliance’s plan for Afghanistan beyond 2014, when the current combat mission is scheduled to end. Beyond 2014 it was announced that Afghan forces would be taking responsibility for the country’s security, with a smaller number of foreign troops staying behind in assistance and advisory roles. At the Summit, NATO Secretary General Anders Fogh Rasmussen stated, “In the course of next year, we expect to see Afghan security forces in the lead for combat operations across the country. That will be a significant marker towards completing the journey of transition.”

Despite international efforts, long-standing gains that will guarantee future stability for the country have yet to be achieved. After many years of economic and military support, Afghanistan continues to be plagued by widespread violence as it suffers from a lack of accountable governance and stable civil institutions.

Among the Afghan mission’s greatest supporters, Canada has invested a great deal of financial and military resources into the country since 2001. At the Donors Conference in Tokyo, Canadian Prime Minister Stephen Harper announced that Canada would pledge $227 million in development assistance between 2014-2017, with the goal of providing increased support to women in the areas of human rights and education. This, the Prime Minister stated, would be in addition to the $300 million that Canada has already committed from 2011-2014.

Notwithstanding such financial commitments, it appears as though Canadian investment in key infrastructure projects has been problematic. One such example is in the area of school construction. While the Canadian government has played a pivotal role in the funding of projects across the country, a number of these schools have fallen victim to ‘shoddy’ construction work. Many of them began to see cracked walls and damaged interiors shortly after being built. Others remain incomplete, lacking the necessary equipment such as chalkboards and desks.

Another instance of disappointment has been the Canada’s inability to achieve complete success with the Dahla Dam, located in Kandahar province, which is currently a primary source of water for farmers and villagers in the region. Due to a growth in silt deposits the dam’s water retention capacity has been significantly reduced, requiring an expensive upgrade to be made. Although the Harper government contributed $50 million to repair the dam and irrigation canals, the large majority of these funds were spent on indirect costs such as security, leading to a situation in which progress is stalled. This example demonstrates that even the most seemingly straightforward projects run into unexpected challenges, requiring a perpetual reinvestment of time, treasure and manpower. 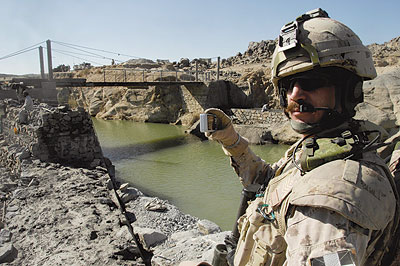 Canada and its global partners are also still failing to provide ordinary Afghans with basic security, with civilians remaining the target of major attacks. On August 14, 2012, at least 43 Afghans were killed in a wave of bombings in the northern part of the country. One such attack occurred at a market in the province of Kunduz, where a remotely detonated bomb exploded, and killed 10 people.

Violent attacks are also perpetrated against woman despite many development projects aimed at improving their quality of life. At the Tokyo Donors Conference, Parliamentary Secretary for National Defence Chris Alexander stated that a, “primary focus of Canada’s engagement in Afghanistan is the promotion of a better, and more equitable, future for women and girls…” This announcement was however made at the same time that a video, showing the gruesome execution of an Afghan woman accused of committing adultery was being circulated.

In addition, large-scale attacks against international and Afghan security forces continue to occur. Recently, Taliban forces launched an attack against NATO fuel and supply trucks in the northern province of Samangan, destroying 22 vehicles. In another instance, a gunman dressed in an Afghan army uniform opened fire against NATO trainers in the western province of Herat, killing three. This was part of a series of attacks, in which these and five other NATO troops were all killed within 24 hours.

These attacks illustrate the enduring resilience of the Taliban and its ability to thrive within Afghanistan, as NATO members begin withdrawing their forces in preparation for the 2014 deadline. Although troops will remain in the country beyond 2014, a number of states will no longer contribute troops following the pull-out. At the NATO summit, Prime Minister Harper announced that Canada would not be sending soldiers to Afghanistan beyond 2014. Although the Canadian combat mission ended in July 2011, Canada still has about 900 troops stationed in the country as part of a training operation that will end in March 2014.

Since 2001, the Harper government has spent roughly $1.6 billion on reconstruction and humanitarian aid in Afghanistan. Although Canada has pledged additional monetary assistance to the country beyond 2014, the disbursement of such aid will depend upon the ability of the Afghan government to tackle corruption, as well as a number of other outstanding issues. As Chris Alexander stated, “Canada’s development assistance hinges on the performance of the Government of Afghanistan on key reforms in areas such as strengthening the rights of women, reduction of endemic corruption, and significant improvements in governance and upcoming Presidential and Parliamentary elections.” Considering years of utter failure on part of the Karzai government to tackle such issues, it does not appear as though any changes will be likely in the coming years.

Since 2002, 158 Canadian troops have been killed in Afghanistan, fighting a war that has not lead to substantial progress in stabilizing the region. Furthermore, considering the continued instability within the country and the failure of US and NATO forces to completely uproot the Taliban after more than a decade of fighting, it does not appear as though Afghan security forces will be able to effectively take responsibility for the country’s security anytime soon. With a track record like this, it’s no wonder that Canada and its allies seem eager to pack up and quit investing resources into this deadly quagmire.

Khalid Mahdi is a Research Analyst and former Editor of the NATO's Arc of Crisis program at the NATO Association of Canada. Khalid holds a Master of Global Affairs (MGA) Degree from the Munk School of Global Affairs at the University of Toronto. Khalid also holds an Honours Bachelor of Arts in International Relations and Political Science from the University of Toronto. His research interests lie in the areas of East-Asian security, nuclear proliferation and security, and terrorism. In February 2015, Khalid received a Graduate Research Award for Disarmament, Arms Control, and Non-Proliferation from the Simons Foundation and Global Affairs Canada, for his position paper on the efficacy of multilateral export controls pertaining to the regulation of dual-use sensitive space technologies. Khalid can be reached at khalid.mahdi27@gmail.com View all posts by Khalid Mahdi →